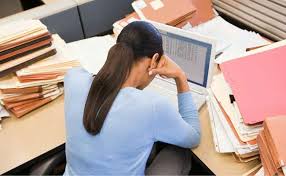 As an employee retention speaker and employee retention author, people ask me why employee loyalty has disappeared from the workplace.  I tell them that it hasn’t disappeared, it has just gone underground.  Employee loyalty is like a group of miners caught underground.  They are still around but you just can’t see them and they are trapped and waiting to get out.  People want to be loyal.  Most people don’t like change.  If that is the case, then why do people change jobs so frequently?  The answer…employers don’t give people a reason to be loyal.  If you want loyal employees, you need to take action to send that message.  A few of the most powerful ways you can do that are:

If organizations and leaders did even these four things, they would see loyalty improve significantly.  These are very simple things to do.  Leaders may not be able to do the first one by themselves, but they can certainly do the other three and it will make a huge difference.  People many not be loyal to the organization, but they will be loyal to you.  If you are the leader, as long as they are loyal and stay, you have accomplished your goal…employee retention.

This employee retention trainer does not believe loyalty is dead, it has just gone underground.  By doing the simple things above you can free your people to come out from underground and be loyal.  Once they get a taste of the sunshine, they will love it…guaranteed.