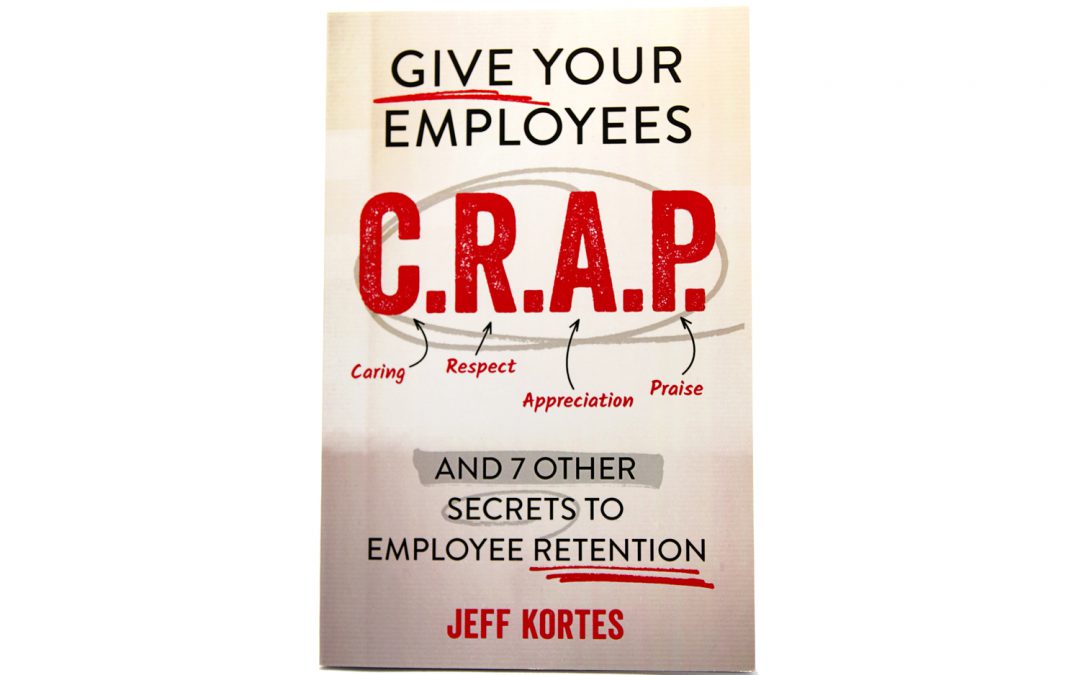 This employee retention speaker and employee retention author very often says, “C.R.A.P. Works!”  Caring, Respect, Appreciation and Praise are pivotal points in your employee retention strategies.  I have seen it occur time and time and time again.  Recently, a client that this recruitment expert had been working with in the manufacturing sector started to use the C.R.A.P. philosophy.  I worked with them and educated supervisors and manager in the organization on how to show you care, what respect was all about and how to properly give out appreciation and to praise their employees.

It turned out to be almost like a laboratory study in that we saw varying levels of success based on the level that the supervisors embraced the C.R.A.P. philosophy.  They were using the same hiring process for all of the departments in the plant and hiring from the same pool of applicants.  The jobs were not radically different and, in some cases where the work was even considered easier, the employee retention didn’t improve as significantly as in some other areas where the work was even more difficult.

As this employee retention trainer sat with the HR Manager and VP of Operations, it became quite clear based on observable actions/behaviors, the areas that saw SIGNIFICANT increases in employee retention were those areas where the supervisors embraced the philosophy of Caring, Respect, Appreciation and Praise.  These supervisors made it a point to do regular tours to “catch people doing things right” and when they did, they showed appreciation and gave out praise.  They also started listening to their employees’ ideas (Respect) and asking for their input on production issues (Respect).  They began to get to know their employees better and made themselves available when employees needed them (Caring).  The actions they took were not having beer on Friday or putting in ping pong tables!

In the most dramatic case, one department saw their employee retention improve by over 100%.  The supervisors were the drivers, not senior management.  All senior management did was facilitate bringing me in to work with their team and to educate them on the C.R.A.P. philosophy.  It was a pretty simple process in reality.  The key was to embrace the philosophy and USE IT!  Those supervisors that did, saw their lives at work become so much easier because they had a stable team once the revolving door of people stopped.  Life is good for them.  If you want life to be good…embrace the C.R.A.P. philosophy!  Why?  Because C.R.A.P. Works!